Last night I was listening to the BBC World Service (as I do) ,and heard this segment on the “Nocebo Effect” and I nearly jumped out of bed to write this blog then and there.

I highly recommend that you listen to this  and then get your care provider to listen to it too. “The Placebo Problem.” 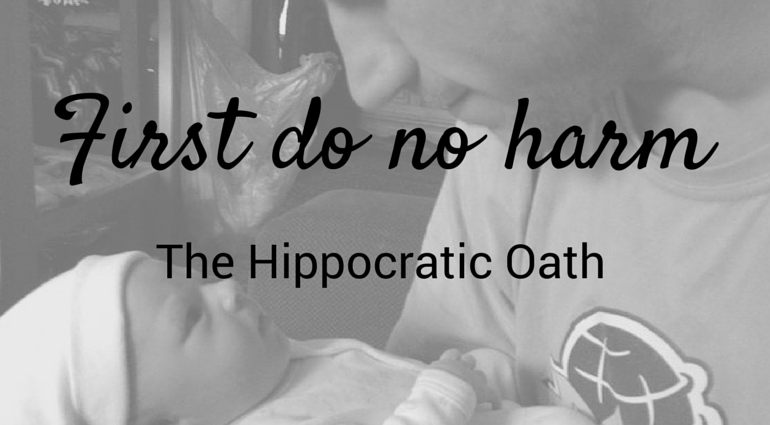 The Nocebo Effect is something I have been talking about in my childbirth education classes since reading about it over 10 yrs ago and it is something that is very relevant to my Hypnobirthing Australia classes. So I am so excited that research into this effect is receiving wide spread media coverage.

Basically the Nocebo Effect is the opposite of the Placebo Effect, or as the interviewee calls it, “It’s Evil Twin”

The Placebo Effect is when we get better from a sugar pill or dummy treatment (Placebo in Latin means “I shall please”).

The Nocebo Effect is when we experience the side effects of the real drug or treatment despite the fact we are only actually taking the benign treatment (Nocebo is Latin for “I shall harm”).

The worrying finding in the recent research is that the Nocebo Effect maybe even more powerful than the Placebo Effect.

In the BBC piece, Professor Irene Tracey talks about a study she did called “Getting The Pain We Expect“.

She found that just  telling someone that you were turning off their very powerful pain medication, whilst delivering a painful stimulation, over rode the effects of the infusion despite the fact that it was still running.

This is because the anticipation and expectation of ,or the anxiety about, negative effect changes our bodies perceptions and sensations.

So How does this relate to birth?

As I said this is not new news to childbirth educators. Grantly Dick-Read came up with his FEAR-TENSION-PAIN cycle in the early 1900s.

More recently Michel Odent has been talking about the Nocebo Effect and childbirth.

I read this article in about 2005, “Gestational Diabetes – A Diagnosis Still Looking for a Disease?”.

He uses the diagnosis of gestational diabetes as  example of the Nocebo Effect.

“ There is a nocebo effect whenever a health professional does more harm than good by interfering with the belief system, the imagination or the emotional state of a patient or of a pregnant woman. The nocebo effect is inherent in conventional prenatal care, which is constantly focusing on potential problems. Every visit is an opportunity to be reminded of all the risks associated with pregnancy and delivery. The vocabulary can dramatically influence the emotional state of pregnant women.” -Odent 2004

So the fact that a care provider might suggest that your fluid is too low, your baby is too big or too small, not in the optimal position, or at risk in someway,  can actually lead to problems arising.

You can start to doubt yourself and  worry, until  gradually you become convinced something is wrong. This means you don’t relax, you blood pressure goes up, you put yourself into the “Flight and Flight” response which  inhibits labour, and complications arises (failure to progress,  distress in baby, failure to start labour).

And in the case of gestational diabetes, guess what happens when we are stressed…. our blood sugar level goes up so that our body has the energy and reserves to fight or run away. (Unfortunately we can’t do this at antenatal appointments)

It all becomes a self fulfilling prophesy.

Research into the Nocebo Effect is proving that real physiological changes are occurring form thought. This is actually the corner of hypnobirthing classes.

Another scarey finding of the Nocebo Effect is that it is contageious.

A study was done where a  Neuroscientists took 121 students to the Italian Alps.

He told just one student that the thin air at the top of the mountain might bring on an agonising migraine.

Of course this rumour quickly spread to about a quarter of the group.

The students who heard the rumour reported the worst headaches. And the measures of an enzyme associated with headaches were higher in this group.

Biochemial changes had occurred from a rumour.

The Nocebo Effect also happens in the general population  after media reports about potential negative side effects of something. Eg negative effect on the health of  anything from food, a drug or technology, or your mobile phone.

So think about this the next time someone wants to tell you their birth “horror story” or you think you might just watch a sensationalised version of birth on the TV.

So whats the good news?

The Nocebo Effect can be dampened by education.

If we educate ourselves during pregnancy the effects of our care providers insistence of telling us everything that could possibly goes wrong, can be lessened.

We can increase our confidence in our bodies and the beautifully designed birth process.

Couples who enter  birth without education and knowledge, who hand  their  trust completely over to their care providers, are at greatest risk of the Nocebo Effect.

So I urge you to attend good quality, independent childbirth education classes and read all you can so you can build a good relationship with your care provider.

Unfortunately, as a UK report pointed out, most childbirth education classes, particularly hospital based ones, that focus on the risks and complications during birth, can add to the Nocebo Effect.

So choose your classes wisely.

Birth Savvy Birth Classes are developed to educate you and not empower you to get the birth you and your baby deserve.

Plus there are also our Hypnobirthing Australia™  Classes.

Hypnobirthing is all about giving you the knowledge, confidence and tools to overcome the Nocebo Effect and have a calm,positive birth.