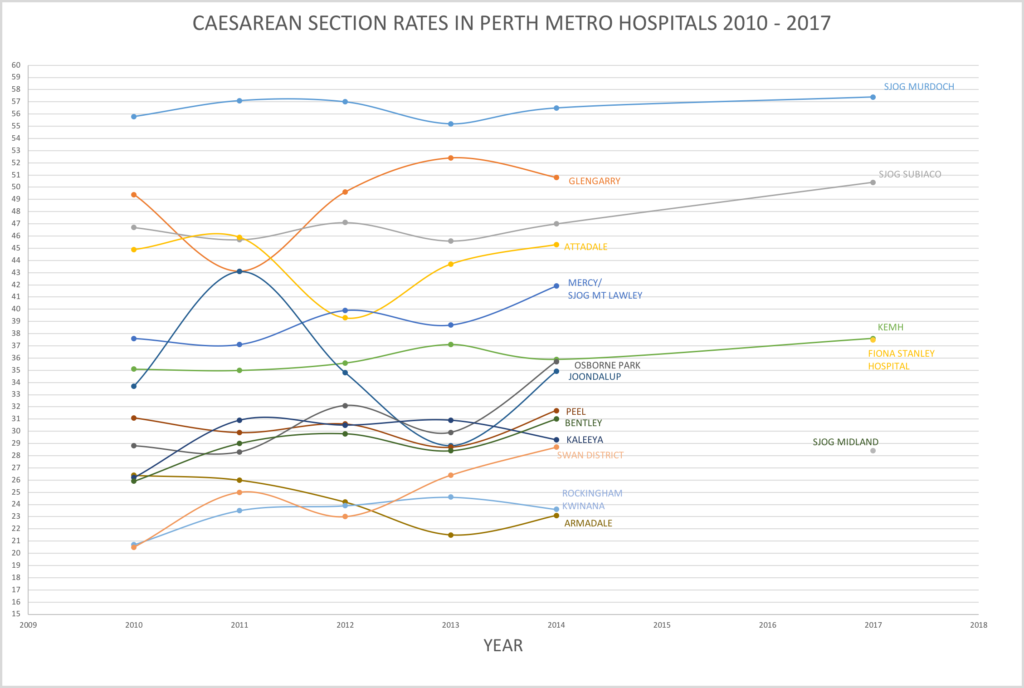 I have updated my graph for c/section rates in Perth Hospitals because I have been able to fill in some of the gaps.

For some reason, the Ramsay Health group hadn’t released all their data. I found this unacceptable as Joondalup Health Campus (JHC) is a public-private partnership and therefore shouldn’t be able to withhold public data.

So I email the Health Minister Roger Cook (after all my tagline is “ask for what you want”) and I eventually got an email informing me that their data had been included.

I still found it hard to work out if the data for JHC was for the public or private births or a combination of both.

So I asked and got this response:

I’m not sure this is good enough.

I think it would be good to have the data separated out to get a clear picture of whether the public c/section rates are acceptable.

The 2017 data on the graph is from information the ABC was able to obtain for an interview I did with them discussing the caesarean section rates with Dr Michael Gannon. You can listen to that HERE

I also just did an interview with The MAG programme on RTRFM discussing this issue.

We chatted about the importance of education because if you are waiting for the “system”  to do something about the ever-increasing c/section rates it will be too late for your birth.