What is the connection between Donald Trump and birth in Australia?

You may be wondering why a birth blog is mentioning Donald Trump.

Well, the reaction to the Trump Phenomenon in the US, has got me thinking.

When people are discussing the fact that so many Americans are voting for him, I  keep hearing this comment.

“It could only happen in America” .

It is the same phrase I hear when I talk about the over medicalisation of birth.

Many Australians think that high c-section rates, fear of litigation driving policy and the devaluing of midwives is something that is “Only happening in America”.

Well it’s not; it is happening here in Australia too.

Australian maternity services are just as obstetrician and litigation driven as America’s and our caesarean section rates are just as high. 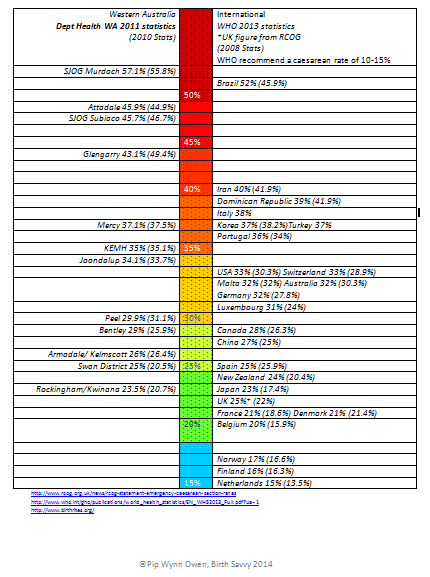 Most people I talk too are shocked by this, as they think our maternity services are more like UK or New Zealand; but they are not.

In the UK and New Zealand maternity care is mainly midwifery led, with an obstetrician stepping in only if they are really needed. They are in fact “Maternity Services”.

In Australia, just like America, they are more accurately called “Obstetric Services”.

And, I believe, our hospital midwives have become obstetric nurses, rather than midwives.

Part of the problem is that we have so many people with private health insurance in Australia. So more women are choosing private obstetricians as their primary care givers.

But we do have an amazing public health system and birthing in a public hospital has been shown to have better outcomes for mums and babies, then birthing in the private system.

Research published in 2014 found that:

The research  concluded that:

“For low-risk women, care in a private hospital, which includes higher rates of intervention, appears to be associated with higher rates of morbidity seen in the neonate and no evidence of a reduction in perinatal mortality.”

This brings me to another quote that comes to my mind when I think about the rise of Donald Trump.

“The only thing necessary for the triumph of evil is for good men to do nothing.”
― Edmund Burke

It may seem a bit harsh to use the word “evil” when talking about birth, but when you look at the above statistics and realise just how many women are having unnecessary interventions, and the risk this poses to them and their babies, it is evil.

There have  been cases of what is termed “obstetric violence” in the US, that have caught world wide attention.

Kelly’s story is one of them.

But similar situations are occurring in Australia, which prompted this great article: “We Need To Talk About Obstetric Violence”.

Fortunately there are “Good Women” speaking up here in Australia.

Leading from the front is Hannah Dahlen. She is a Professor of Midwifery at the University of Western Sydney and a leading midwifery researcher in Australia. She describes herself as a mother, midwife, researcher, teacher and political activist, and Australia birthing women are very luck to have her on their side.

Another fantastic organisation not prepared to do nothing against the “evil” of obstetric violence is Birthtalk.org.

I could go on, and it is comforting to know that there are good women, and a few good men, speaking out for better “maternity” services.

But mostly it feels like they are not being heard by the powers to be. 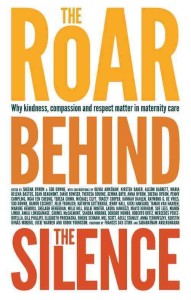 This great book  “The Roar Behind The Silence“ is trying to help birthing women, and those who want better births for them, be heard.

I feel we are at a cross roads in Australia at the moment.

Let’s learn from the Republicans in American and not wait until things snowball out of control.

Right now we can choose not to blindly follow the Americans.

Right now we can choose to reclaim Maternity Services and Midwifery led care.

Because our midwives have trained to be “with women”.

They are not obstetric nurses and they can make a difference.

Let’s support those “good women” and choose to say “No!” to unnecessary intervention.

Let’s reclaim the rights of Childbearing Women to be heard.

Don’t let the Donald Trumps of the obstetric world drown them out.