Stretch and Sweep at 38 weeks

Have you been offered a Stretch and Sweep at 38 weeks?

I have been wondering about the evidence around offering all women a stretch and sweep at 38 weeks. This is something more and more  Obstetricians and Midwives are doing in Perth.

One area this has become common practice in is birth environments that have a 40 weeks cut off for pregnancy, whether that be because of caregiver preference, gestational diabetes policies, being over 35 years old policies, etc, etc.

I could get into whether or not these women need inducing, but I just want to focus on whether offering them a stretch and sweep (membrane sweeping, MS) at 38 weeks is evidence-based. 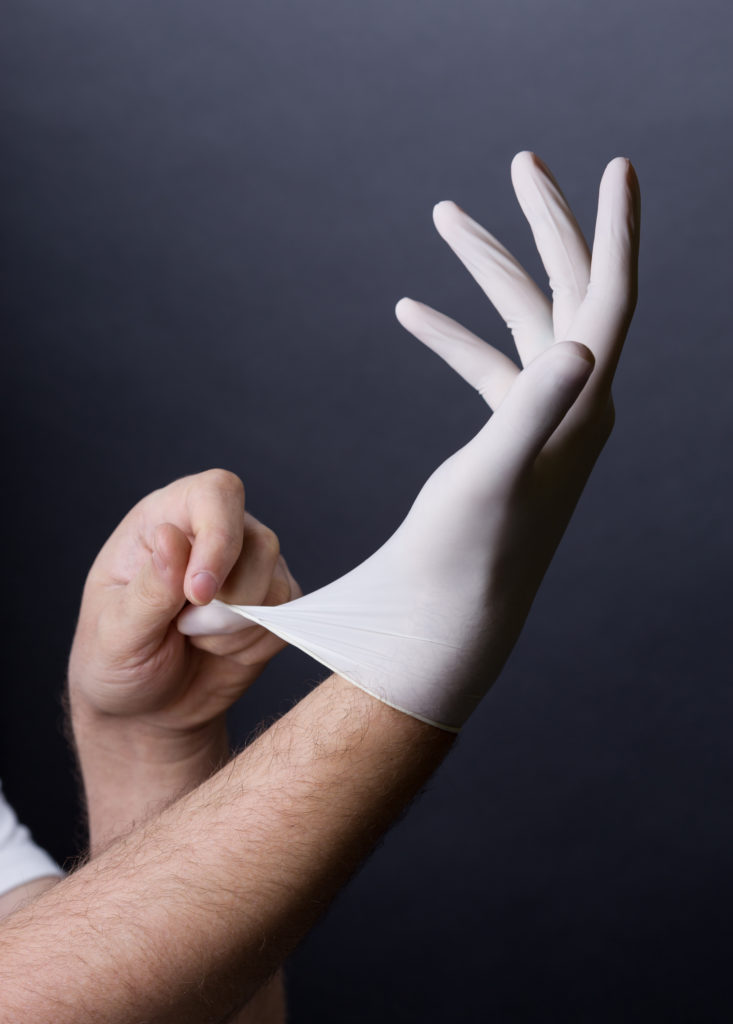 I can only conclude that this practice has come about from this review titled “Membrane sweeping at term to promote spontaneous labour and reduce the likelihood of a formal induction of labour for postmaturity: a systematic review and meta-analysis.”

In its abstract, the authors make the bold conclusion that their review :

...clearly demonstrates that membrane sweeping is effective in promoting a spontaneous labour and thereby reducing the need for a formal induction of labour. However, the results of this review suggest that this effect is significant from 38 weeks of gestation, and is not dependent upon the number or timing of membrane sweeps performed. What the implications are of these findings for clinical practice and/or further research? There is no evidence supporting any increase in maternal or foetal morbidity suggesting that membrane sweeping is a safe procedure to offer to all low risk pregnant women. We recommend therefore that there could be a reduction in the gestation at which membrane sweeping is offered from 40 weeks for primiparous women and 41 weeks for multiparous women to 38 weeks onwards for all low risk women without any increased risk of maternal or foetal morbidity. This may result in a decreased risk of requiring a formal induction of labour for post maturity.

Sounds great! and anyone just reading the abstract would probably start offering MS to all women at 38 weeks.

However, I really have a problem with the phrases: “spontaneous labour” and “formal induction“.

Doesn’t the statement “membrane sweeping is effective in promoting a spontaneous labour and thereby reducing the need for a formal induction of labour” contradict itself?

Surely if  MS works to put women into labour then it is an induction technique, and if these women truly went into spontaneous labour then they didn’t need MS?

I also really have trouble with them suggesting  MS is an informal or casual procedure. It involves a vaginal examination and should not be minimized by this language.

Another big concern I have is that the authors are saying 38 weeks is “term” and an appropriate time to induce a baby.

Haven’t they read Prof. John Newnham’s work stating that “no pregnancy should end before 39 weeks unless there is a very strong reason“? Admittedly this is something I am very aware of as Prof. Newnham’s works in Perth and he was awarded Senior Australia of the Year in  2020 for his work.

Anyway, I decided to read the actual paper and not just the abstract.

Here are my thoughts on the review.

Firstly I am glad the authors started by pointing out that it is pregnancies that exceed 42 weeks that have increased risk of adverse events and that because this risk is really low, only a very small portion of babies are actually at risk if they are not born before 42 weeks.

They also point out the need to balance this very small risk with the  “well-documented potential negative outcomes involved in formal methods of induction” (pg. 55).

But there’s that word “formal” again. What do they mean by this?

As it turns out they mean “pharmacological and more invasive methods of inducing birth” (pg. 55). Great, they have admitted that membrane sweeping is an induction method and it is ‘somewhat’ invasive.

So does this non-pharmaceutical,  invasive (I personally think someone putting their fingers into my vagina is very invasive) induction technique actually work to induce labour?

“(they) indicated a statistically significant effect of the intervention on the outcome measure, showing that membrane sweeping was associated with an increase in the incidence of spontaneous labour. This effect was significant in studies reporting results from 72 hours up to three weeks postintervention”. (pg.57)

Can they really say MS worked if it was done 3 weeks before the woman went into labour?

Also interesting to note is that 2 of the studies reviewed, Parlakgumus et al. 2014 and Hill et al. 2008, did not find a statistically significant increase in “spontaneous” labour.

In fact, the second study showed no difference between the study and control group. However, it did conclude:

This brings us to a discussion on the risk of MS.

6 of the studies reported on the outcome of pre-labour rupture of membranes (PROM) and the review states:

“The results indicated that there is an increased risk of PROM in the intervention group”. (p58)

Which again makes me worry about offering MS at 38 weeks. What happens if the intervention does lead to a woman’s membranes rupturing at 38 weeks? Is she then going to possibly have to induce a baby that isn’t ready?

The studies didn’t report on bleeding and irregular contractions, which are a known risk of MS

My colleague and experienced Midwife Heather Collins made the following comment about risk:

“In the research, there is no mention of disturbing the mucous plug and introducing infection; how many women had sepsis after this intervention and needed antibiotics; how many of the women lost sleep and were fatigued from irritable uterus when starting their labour. I find women are not given the complications of stretch and sweep and it is promoted as easy to do and a simple technique. Using minimising language is all part of control.”

The review did report on caesarean sections and concluded the intervention made no difference to C-section rates.

This is an interesting point if you are offering VBAC women  MS at 38 weeks to improve her chances of a successful VBAC.

As I continued to read through the review I was still wondering where the whole “38 weeks” recommendation came from.

Only 4 of the studies reviewed looked at MS from 38 weeks Hill et al. 2008; Parlakgumus et al. 2014; Yildrim et al. 2; and Zamzami and al Senani 2014 and, as I have already said, the first 2 didn’t find a statistically significant increase in “spontaneous” labour.

So the evidence was 50/50 but the authors decided to choose to recommend MS for 38 weeks onwards. Someone else could have made a different interpretation of the results.

The review itself states that:

“the results of this review suggest that this effect (promoting spontaneous labour and reducing formal induction) is significant from 38 weeks, and is not dependant on the number or timing of membrane sweeps performed”. (pg.54)

“Is not dependant on the timing of membrane sweeps”, then how can they so confidently suggest changing guidelines to offering all women a stretch and sweep 38 weeks?

Luckily for me, there is a newly released Cochrane Review 2020 on Membrane Sweeping which includes all of the studies in the above review.

Here is what the Cochrane Review found:

Membrane sweeping may be effective in achieving a spontaneous onset of labour, but the evidence for this was of low certainty. When compared to expectant management, it potentially reduces the incidence of formal induction of labour. Questions remain as to whether there is an optimal number of membrane sweeps and timings and gestation of these to facilitate induction of labour.” (2020)

It is unfortunate that those terms “spontaneous onset of labour” and “formal induction” are used but the review does not feel there is good evidence to be able to suggest the optimal timing of MS.

At the end of the Cochrane Review they state:

“Guidelines by bodies including NICE (NICE 2008), the Society of Obstetricians and Gynaecologists of Canada (SOGC 2013), the Department of Health, South Australia (Queensland DOH 2017) and the World Health Organization (World Health Organization 2011) state that women should be offered the option of membrane sweeping at or near term. The NICE guidelines state that a membrane sweep should be offered to nulliparous women at term gestation and women who have had one or more infants at 41 weeks’ gestation. In addition, it recommends that women be offered further membrane sweeps during their antenatal visits if labour does not commence (NICE 2008).”

The Cochrane Review also comments that:

“Membrane sweeping appears to be effective in promoting labour but current evidence suggests this did not, overall, follow‐on to unassisted vaginal births”.

So although MS may induce labour and reduce other methods of induction, it doesn’t make any difference to the rates of other interventions.

She points out another problem I have with offering ALL women stretch and sweeps at some point in their pregnancy:

“Normalising interventions such as membrane sweeping can lead to a glossing over of the downsides. They can end up seeming like ‘just a small thing’ and yet they can have negative consequences. They can also undermine women’s confidence in their own bodies.”

But what about the women who are possibly facing medical inductions. If they are already going to agree to induction is  MS a good idea for them to have a stretch and sweep at 38 weeks?

Ultimately it is every woman’s right to make this decision for themselves. It’s their body, their baby, their choice.

If you are facing this decision I highly recommend you buy Dr Sara Wickham’s book Inducing Labour: making informed decisions and read her Stretch & Sweep Archives 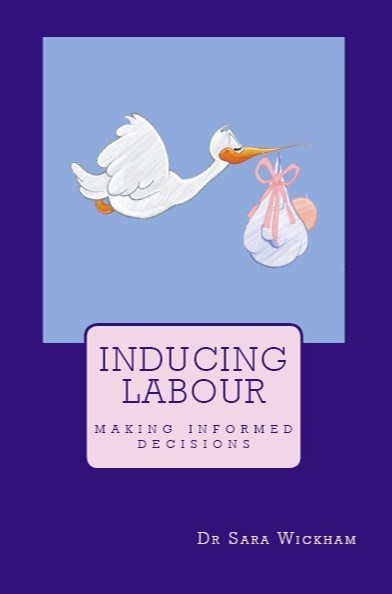